Join Waitlist We will inform you when the product arrives in stock. Just leave your valid email address below.
Skip to content 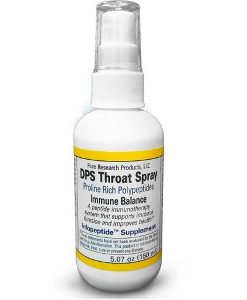 We rely on our immune systems to protect us from foreign invaders that can lead to illness. Our body’s immune system has two main parts: the “innate” (or immediate) system and the “adaptive,” (or long-term) system.

The innate immune system is vital in providing an immediate defense when germs invade, allowing the body to fight off the invaders before they can develop into illnesses. The ability to quickly challenge bodily intruders becomes more important as we age. The innate immune response may require many days to “kick in,” but Del-Immune V® provides immediate immune support.

With Del-Immune V®, immune response is rapid and natural, supporting the immune system in its crucial role as a defense mechanism.

Providing a faster way to trigger the immune response

Del-Immune V® capsules contain biological components found in cells and cell walls that are important for launching the immune system response. What makes Del-Immune V® unique is the science behind the product and the manufacturing process.

Del-Immune V® is derived from a probiotic strain of Lactobacillus rhamnosus (DV strain). Studies consistently show that the special peptides (a vital link involving amino acids) found in lactobacillus cells are key to a rapid immune response, enabling the immune system to do its job of protecting the body.

Research conducted by some of the leading Soviet scientists beginning in the 1970s — and now in 2010 in the Ukraine — demonstrates that the special peptides in these lactobacillus cells “activate and excite” a switch in the immune system. Yet activation can only happen when the cells are broken into smaller pieces or “fragmented.”

The switches that Del-Immune V® activates in the immune system are called “cytokines.” These cytokines act as messengers, traveling along what could be described as a superhighway – alerting the body to the presence of potentially dangerous invaders. On its own, the body could take five to 10 days to complete this process. Del-Immune V® generally starts working in six hours or less.

In 1999, a cell wall formulation developed from Russian and Ukrainian research was brought to the United States by a retired Boulder, Colorado pharmacist. The pharmacist discovered that the lactobacillus cell wall product had a beneficial effect on his daughter’s hepatitis C symptoms when added to her supplement routine. What’s more, the product eliminated or improved several other health issues reported by friends and acquaintances. The pharmacist named the product “Del-Immune.”

In 2003, product manufacturing was moved from St. Petersburg, Russia to Vivolac Laboratories in Indianapolis, Indiana. Del-Immune’s potency and quality control were substantially enhanced through advanced American biotechnology. The pharmacist then renamed his American-made product “Del-Immune V®.” Today, Del-Immune V® is used by thousands of people in the United States and many other countries.

What is the difference between probiotics and Del-Immune V®?

The major difference between Del-Immune V® and conventional probiotics? Probiotics are live cultures; Del-Immune V® is a lysed product derived from these live cultures. “Lysing” is the central process. To make Del-Immune V®, Lactobacillus rhamnosus (DV strain) is cultured, then lysed – or broken apart with natural enzymes that are identical to those found in the human intestine. This creates cell wall fragments and pieces of DNA, the active components with special immune activators. The product mix is pulverized to produce a fine powder containing microscopic particles of cell wall fragments and other cell components.

The immune response activity takes place only when the lactobacillus cell is digested and broken into cell pieces. This entire process occurs naturally in the lower end of the small intestine and in the upper end of the large intestine.

Continuing and emerging research suggests that bacterial surface layer components from cell walls, when taken orally, enhance natural killer cell activity and increase the production of natural interferons which are known to attack bodily invaders that lead to illness.

Del-Immune V® contains substances whose main action is coordinating the activity of individual links of the immune system to create immediate immune system support.* Del-Immune V® nutritional supplements, with their innovative “lysing” production process and cell fragment biotechnology, are different from other immune defense products. This is due to the rapid absorption of cell fragments found in Del-Immune V®.

The ability to “turn on” the immune system rapidly is believed to be instrumental in assisting the body in going about its job of attacking invaders that may affect well-being.

Other ingredients include purified cellulose powder NF and vegetable capsules.

Safety and Side Effects

Label dosage: 1 or more capsules as recommended by a health professional. For immediate support: 2 capsules morning and night for four days, thereafter 2 capsules daily for at least 5 days.

For severe issues: 3 capsules three times a day for two days then reduce to 2 capsules. 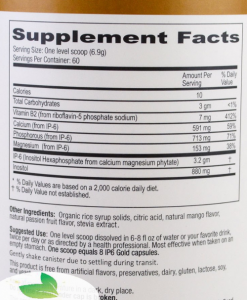 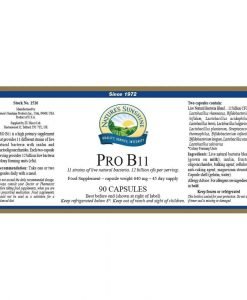 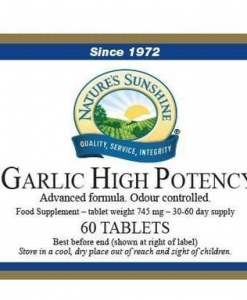